What’s the Difference between Cropped or Full-Frame Cameras?

Don’t get stressed whether your camera has a smaller cropped sensor or a full-frame sensor. It won’t affect the way you take photos. Once you understand the difference you can move on and start creating beautiful images.

Where did the full-frame originate?

Let me take you back, way back to the old days before the word digital was ever used. A time when the cameras had to use film to capture images and the most popular type was 135 or 35mm film. It was called 35mm film because it measured 35mm wide.

When the photographer pressed the shutter the film was exposed to the light coming in through the lens. The light would hit an area of film measuring 24 x 36mm and capture the image.

A 50mm lens gives a “normal” view, very close to our human field of view, but when the digital cameras appeared with sensors that were smaller than the 24 x 36mm film frame, everything changed. All lenses now had a narrower field of view and photographers couldn’t use them the way they had before. The digital images produced were cropped in size compared to the film images. This is what is known as the crop factor.

All lenses are round and produce a circular image. The film or sensor at the back of the camera gets exposed to the circular image and records a rectangular section. A full-frame sensor or film will cover 24 x 36mm of the circular image. Smaller APS-C Sensors will capture a smaller rectangle from the round image. So it’s a cropped image compared to the film frame.

Now because the smaller digital sensors give lenses a narrower field of view, it changes what a lens can capture. So to work out what your lens will produce you need a multiplier. The majority of the small sensors on the market today are APS-C sized, Canon’s is 14.9 x 22.3mm and Nikon is 15.6 x 23.5mm. They have a multiplier of 1.6x (Canon) and 1.5x (Nikon).

There are plenty of high-end digital cameras with full-frame sensors (24 x 36mm) available today and there is no need for a multiplier. A 50mm lens has a field of view of a 50mm lens.

Now if you are new to photography don’t get hung up about full-frame sensors. Cameras with APS-C sensors are incredible. If you want a wider field of view than your 50mm lens gives you, you could buy a 35mm lens or even better take a couple of steps backward and save your money. Zoom with your feet. 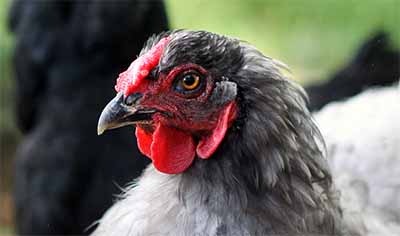 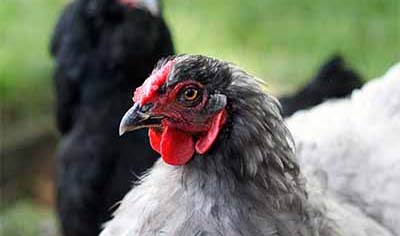 Benefits of a Crop Sensor

If you end up shooting sports or wildlife you might prefer using a crop sensor. I used to shoot Dog Agility using Canon 30D bodies (APS-C) with a 1.6x multiplier. My lens was a Canon 70-200mm L f/2.8 which I love to use whenever possible. The APS-C sensor 1.6x multiplier made it a 112-320mm lens, which was a huge bonus. When I later changed to Canon 1D Mk IV bodies (APS-H) the multiplier was smaller at 1.3x. That made my lens a 91-260mm which was fine but it freaked me out a bit at the time.

All of the cameras available today are incredible. Entry-level bodies are as good as high-end pro bodies from 12 years ago. In fact, some of the specs weren’t even available back then. Don’t waste your brain cells worrying about sensor size, they all work incredibly well.